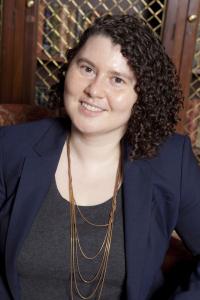 I research the emergence of experimental science in early modern Europe. I published my first book as an overarching study across the long seventeenth century, Knowledge and the Public Interest, 1575–1725 (Cambridge UP, 2015). There, I explored the effects of new theories and practices of political "reason of state" and interest upon knowledge. In contrast to mainstream views that set the origins of modern sciences in disinterested objectivity, I argued that what changed in the early modern period was an acknowledgement and instrumentalization of the interested nature of knowledge. Such a view entails a thorough reconceptualization of the aims and nature of experimental science. Knowledge and the Public Interest argued that, rather than a form of thought that sought to purge human subjectivity and forge absolute certainty, experimental knowledges embraced doubt, epistemic risk-taking, and the pursuit of highly improbable but very (humanly) desirable knowledge goals.

I have since pursued two interlinked research projects that offer more in-depth and grounded accounts of how this form of knowledge developed. This body of work clusters around the historical figures of the projector and the polymath. Both these figures embraced many domains of knowledge, but they did so in differing ways. The projector, I argue, "undisciplined" knowledge by overriding epistemic boundaries and appropriating knowledge practices from far across social ranks and geographic borders. Many loose knowledge hybrids, including experimental philosophy in early Stuart England, emerged out of the projectors' thefts and fusions. By contrast, academic polymaths worked to knit together unstructured and rapidly changing knowledge hybrids into new disciplines. Moving away from older notions of disciplines as means of preserving and transmitting stable knowledge, these academics constructed dynamic infrastructures for knowledge that could be taught at the same time that it was changing. In short, they worked to create the research disciplines in the late seventeenth-century German university, where the first academic chairs of experimental philosophy were established. I explore the knowledge practices of projectors my second monograph, The Interlopers: Early Stuart Projects and the Undisciplining of Knowledge (Hopkins, 2023). As a Guggenheim Fellow, I completed a third monograph on the polymathic construction of research disciplines, Curating the Enlightenment: Johann Daniel Major (1634–1693) and the Experimental Century, which is currently under review.

For some of my recent work on projectors, see:

Into the Unknown: Clues, Hints, and Projects in the History of Knowledge

Happiness and Projects between London and Vienna: Wilhelm von Schröder on the London Weavers' Riot of 1675, Workhouses, and Technological Unemployment

For some of my recent work on polymaths, see:

For a full list of publications, see my CV. Along with Markus Friedrich and Christine von Oertzen, I co-edit a book series from De Gruyter, Cultures and Practices of Knowledge in History.