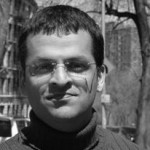 Arafaat Valiani is grateful to the Kalapuya people, many of whom are now citizens of the Confederated Tribes of the Grand Ronde and the Tribes of the Siletz Indians on whose lands the University of Oregon is situated.

I am a medical sociologist and an historian of science and my current intellectual interests focus on questions of decolonization regarding biomedicine, specifically genomics, difference and precision medicine, especially among Indigenous peoples in Canada and South Asians globally. I am the founder of the Precision Health Equity Project which comprises the following research, training and community-based endeavors. Employing methods from Indigenous science and technology studies, de/postcolonial studies and feminist technoscience, I study how discourses about 'populations', gender and race mediate innovations in biomedicine which involve racialized communities in Canada and globally. Recent investigations I have undertaken explore genomics and precision medicine in Canada and India, issues of health access in the context of infant and maternal health related to human milk provision in the United States and Canada, and the decolonization of obstetrics services for mothers in the global context of Chinese birth tourism in the United States and Canada (among other sites of inquiry). This body of research contributes to trandisciplinary debates about difference, social justice and biomedicine; the sociology of knowledge and medicine; history of science; gender and South Asian Studies; and it also strives to productively impact understandings of health equity for racialized communities.

Dr. Valiani's first book, entitled Militant Publics in India: Physical Culture and Violence in the Making of a Modern Polity (Palgrave 2011), combined historical and ethnographic research methods to examine the effects of medical, ethno-religious and 'masculine' conceptions of the body on the formation of political community among Indigenous (Adivasi) and caste communities in modern India and its diasporas. This body of research contributes to debates in difference, sociology of the body, political histories of South Asia, and broader discussions about the rise of populism which we are currently witnessing in the Americas, Europe and South Asia.

National Endowment for the Humanities

Manuscripts Under Review or in Progress:

Recoding Caste: Community, Genetic Mapping and Risk in Postgenomic India and Its Diasporas

Processions as Publics: Relgious Ceremonials, the City and Modes of Public Sphere Intervention in Colonial and Postcolonial Western India.

Media and Mobilization: Political Resistance and Its Media Forms in Western India.

Militant Publics in India: Physical Culture and Violence in the Making of a Modern Polity (Palgrave Macmillan 2011).

'Political Identity and Violence in India', off the cuff, Social Science Research Council.