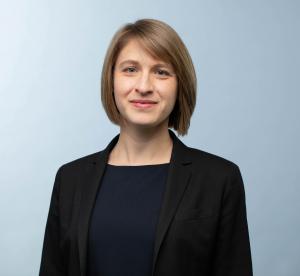 Lindsey Mazurek is a specialist in ancient history who focuses on the eastern Mediterranean under the Roman Empire. She previously held a postdoctoral fellowship at the Memorial University of Newfoundland and taught in the Department of Classics and Ancient Mediterranean Studies at Bucknell University. Her research focuses on questions of ethnicity, migration, materiality, and identification in antiquity. Her work has appeared in the Journal of Roman Archaeology, American Journal of Archaeology, Classical Review and will appear in a forthcoming edition of Gnomon. She is currently working on a book manuscript, Embodying Isis: Egyptian Religion and the Negotiation of Greekness. This project re-examines prevailing notions of Greek identity and group formation under the Roman Empire by focusing on devotees of Egyptian religion who lived in Roman Greece.

Professor Mazurek is also interested in questions of globalization and social networks in the Mediterranean. In 2016, her co-edited volume Across the Corrupting Sea: Post-Braudelian Approaches to the Ancient Eastern Mediterranean (Routledge) brought postmodern theoretical perspectives to bear questions of Mediterranean connectivity raised by the work of historian Fernand Braudel. Bringing these questions into her archaeological fieldwork, she co-directs the Mediterranean Connectivity Initiative, a digital archaeology and social history project that combines GIS and Social Network Analysis to reconstruct potential social groupings and their participation in the urban fabric of cities in the Roman Empire. She has participated in archaeological fieldwork in Ostia Antica, the Athenian Agora, Mycenae, Nemea, and Exmoor National Park, and her research has been supported by the National Endowment for the Humanities, the Loeb Classical Library Foundation, the Onassis Foundation, the German Archaeological Institute, and the International Catacomb Society.

You can learn more about Dr. Mazurek's work in her UO Today interview and on the UO Digital Humanities podcast.

(2018). "The Middle Platonic Isis: Text and Image in the Sanctuary of the Egyptian Gods at Herodes Atticus' Marathon Villa." American Journal of Archaeology 122(4), 611-44.

In Press: "An Isis Statuette from Amphipolis in Context." In Bibliotheca Isiaca IV, edited by Richard Veymiers and Laurent Bricault. Bordeaux: Éditions Ausonius.

Forthcoming: "Fashioning a Global Goddess: The Isis Knot and Insular Connectivity Through the Hellenistic and Roman Mediterranean." In Mediterranean Archaeologies of Insularity in the Age of Globalization, edited by Anna Kouremenos and Jody M. Gordon. Oxford: Oxbow Books.