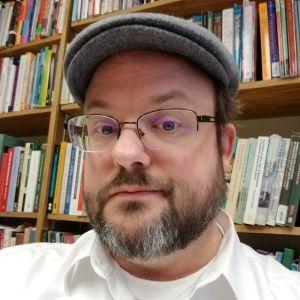 To be a historian of Africa is to be a historian of the world to a great degree. I am at heart a specialist on modern southern Africa, but I was trained in earlier periods and other regions, as well as global history and European history. All of these illuminate historical relationships and systems on a broad level. To me, Africa is too often neglected as a central locale in recent global history, and both my research and teaching seek to bring forth elements of the unwritten side of African interaction with the world. My current work primarily concerns colonial-era struggles over notions of territory, state control, and accommodation. The issues raised by that cross-cultural interaction have strong comparative and global resonance, both in how colonial rule played out in various settings and in the general process of often willful miscommunication they entailed. Atop this miscommunication is built much of our own image of the world, and this order is now under siege. Therefore, there is a particular relevance to understanding African history that extends far beyond its littorals and into the very heart of what we think we know about the histories of other parts of the world.

My work over the last decade and a half has involved surveying, mapping, and struggles over land and landscape in South Africa between the middle of the nineteenth century and the First World War. The book that emerged from my thesis research and several years of additional work in the archives and in the field, Colonial Survey and Native Landscapes in Rural South Africa 1850-1913 (Leiden: Brill, 2015), looks at the processes of territorial rationalization through two South African cases, and explores struggles over land and livelihoods in the context of an emerging framework of spaces and boundaries.  Colonial Survey shows that surveyed landscapes involved negotiation, and became both constraints and tools--but they were rarely simple impositions.  In 2021, this book became an open-access title thanks to support from the UO Digital Scholarship Services' Open Access fund; to obtain it, see https://brill.com/view/title/25417 .

In keeping with my globalist predilections, I am broadening my work into a study of cross-cultural encounters in the context of colonial geodesy--the science of divining the shape of the earth by precise triangulation--along an arc of meridian (30 degrees east longitude) measured between South Africa and Egypt in fits and starts between 1875 and 1955. A second project deals with the nineteenth-century compilation, 'laundering,' and redistribution of knowledge about Africa, primarily but not solely geographical and cartographic, through small numbers of European agents in those colonial settings.  At the same time, I am also exploring new directions in other sorts of environmental histories, as issues of land, health, resources, sustainability, and "development" all interlock and all bear a heavy burden from the colonial past. For that reason, I also teach and write on broader issues of imperialism and colonialism during the imperial century that lasted between around 1870 and 1970.