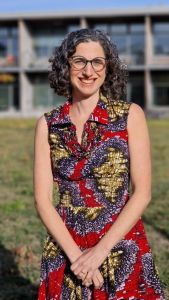 I am an interdisciplinary historian of migrations in the Americas and the world.  My first book, Corazon de Dixie: Mexicanos in the U.S. South since 1910 (University of North Carolina Press, 2015), includes five historical case studies of largely-forgotten communities: the Mexicans and Mexican Americans who, since 1910, have arrived into landscapes traditionally understood to be black-and-white (Louisiana, Mississippi, Arkansas, Georgia, and North Carolina). The book won the Merle Curti Award from the Organization of American Historians among other distinctions, and has a companion website with primary sources, corazondedixie.org. Thanks to the NEH OpenBook program, the entire book is now free forever online at your favorite E-book site or here.

My current project, "Guest Worker: A History of Ideas, 1919-75," illuminates common and disparate ways officials in both sending and receiving states envisioned 'temporary' migrant workers. More importantly, it deeply probes migrants’ own visions of labor migration's role in their lives and shows how their choices and perspectives joined policymakers' to establish the state-managed temporary worker as a seemingly intractable feature of the modern world. To tackle global questions while centering workers' own interpretations and experiences, I focus on three contemporaneous migration case studies: Mexico-U.S., Spain-France, and Malawi-South Africa. I have presented on this research at the Universities of Giessen (Germany) and Bern (Switzerland) as well as the Latin American Studies, International Studies, Society for French Historical Studies, and American Studies associations' conferences, and it has received support from the Council of American Overseas Research Centers and the American Philosophical Society. In addition to this monograph, I am working with German scholar Christoph Rass on a project recasting the Mexico-U.S. Bracero Program as a product of transatlantic conversations among intellectuals, policymakers, and migrant activists during the interwar period. Rass and I also co-lead, with Peter Schneck, the Translations of Migration research group.

I teach graduate and undergraduate courses on race and immigration in the United States and globally, including Race & Ethnicity in the U.S. West and Migrants and Refugees in Modern World History, as well as the survey of Modern World History since the Age of Revolution. I am particularly enthusiastic about the bilingual Latinxs in the Americas course I developed together with my colleague Claudia Holguín Mendoza. This class gives students with basic Spanish abilities the opportunity to read primary sources from Latinx history in their original Spanish and Spanglish. With support from OpenOregon, our bilingual teaching materials are now available for free at teachinspanglish.org.

I believe history has much to contribute to the public sphere. I co-founded the Nuestro South public history project with support from the Whiting Foundation and in collaboration with Erik Valera and LatinxEd. I have written opinion pieces for Time.com, the San Francisco Chronicle, and the Los Angeles Times among others, and have shared insights on immigration with reporters from Univision.com, NPR, and other outlets. On campus, I was faculty lead in the development of UO's first Dreamer Ally Training, which has now trained more than 400 faculty and staff in ways to bring greater sensitivity, respect, and confidentiality to their interactions with undocumented and Dreamer students.

Prior to joining academia, I worked in the immigration policy arena. From 2001-2 I worked in the administration of Mexico’s President Vicente Fox as a speechwriter and researcher for the cabinet-level Office of the President for Mexicans Living Abroad. I have also worked as a translator, paralegal, project manager, and policy researcher at immigration-related agencies in New Haven and Los Angeles.

I joined the UO History department in 2013 after four years as an Assistant Professor of International Studies at California State University, Long Beach. In 2022-23, I am in Marseille, France as the Fulbright-IMéRA-Aix-Marseille Université Chair in Migration Studies.

Full e-book free forever at your favorite online e-book seller or via UNC Press (thanks, NEH!).

“La Revolución Institucional: The Mexican New Deal in the U.S. South, 1920-80,” chapter invited for Shaped By the State: Toward a New Political History of the 20th Century, ed. Lily Geismer, Brent Cebul and Mason Williams. Chicago: University of Chicago Press, 2019.

For further publications and pdfs, see my academia.edu page.

"Four questions to ask before you co-teach,” with Claudia Holguín Mendoza, Inside Higher Ed, September 5, 2017.

"What Trump Doesn't Know About Southern Conservatives and Immigration," The Atlantic, August 7, 2015

"In Sickness and in Health: Migrant Citizenships in the Postwar Years," Migrant Knowledge blog of the German Historical Institute, February 7, 2020.

“How the Olympics helped lure Latinos to Atlanta,” The Atlanta Journal-Constitution, July 15, 2016.

Interview on Mexican immigration to Georgia and the U.S. South, Georgia Public Broadcasting's On Second Thought, January 7, 2016 (starts at 30:00)

Interview on Mexican immigration in the South and the U.S., WUNC radio's The State of Things, Chapel Hill, December 10, 2015

"A Tale of Two Immigration Politics in Maryland and Virginia," Al-Jazeera America, November 3, 2014

“Mexican Archives and the Search for Old Immigrants in ‘New’ Destinations,” Cornell Institute for the Social Sciences, March 2, 2012