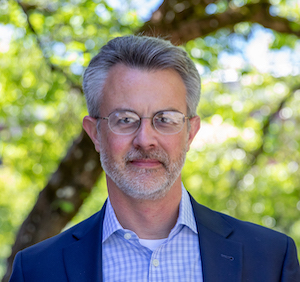 I specialize in German history and European cultural history, but also have deep roots in global, comparative history and in historical sociology. As an historian of knowledge, I have always been drawn to "practical intellectuals"—thinkers who also do. Typically this leads me to study groups and individuals who found or reform institutions, infusing ideas from the Western intellectual tradition into the redesign of bureaucracies, parliaments and other political bodies, corporations, and schools. I have a particular interest in figures who found or reform institutions of knowledge and higher learning.

My first two books examined practical intellectuals from within the framework of German history. One of them, "Medicine on a Grand Scale": Rudolf Virchow, Liberalism, and the Public Health, was a short study of one of the nineteenth century's most influential physicians and political reformers; in 2019, it appeared in Korean translation. The other, The Emancipation of Writing: German Civil Society in the Making, 1790s-1820s, analyzed the machinations of powerful local scribes (Schreiber) who participated in the profound civic and political transformation of southwestern Germany after the French Revolution and the Napoleonic invasions.

With Reinventing Knowledge: From Alexandria to the Internet, coauthored with my wife and colleague Lisa Wolverton, I turned squarely to the comparative, long-term study of intellectuals and knowledge systems. The book chronicles the six institutions that have fueled the quest for knowledge in the Western tradition from ancient times to the present day: the library, the monastery, the university, the Republic of Letters, the disciplines, and the laboratory. Each, we argue, has superseded its predecessors in fashioning entirely new rationales and practices for pursuing knowledge in response to society’s needs. Reinventing Knowledge has been translated into Arabic, Indonesian, Japanese, Korean, and Portuguese.

In other work, I have written about the Renaissance academies, the philosophical origins of the kindergarten, the Austrian-American management guru Peter Drucker, what global linguistics tells us about the reorganization of knowledge around 1800, and the origins of the so-called "neoliberal university" in Thatcher's Britain.

My current project centers on American higher education during the 2010s, between the Great Recession and COVID-19. It builds in part on my experiences as a 2016-17 American Council on Education (ACE) Fellow, during which I shadowed academic leaders across the country. I have also served in several administrative roles, including as Associate Dean for Undergraduate Education in the College of Arts and Sciences (2012-17), Department Head of German and Scandinavian (2018-21), and Founding Executive Director of the School of Global Studies and Languages (2021-22).