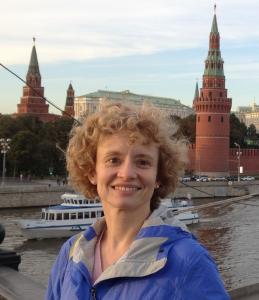 I am a historian of the Soviet Union with interests spanning social, economic, cultural, and political history. In my first major project, I explored the social consequences of socialism in the retail sector, including the changing contours of black market activity and shifts in consumption, over three and a half decades of Soviet rule. The project resulted in my book A Social History of Soviet Trade: Trade Policy, Retail Practices, and Consumption, 1917-1953 (Princeton University Press, 2004) and related articles in Slavic Review, Europe-Asia Studies, and the edited volume Stalinism: New Directions.

Following the completion of that book, I began working on two quite different projects. One was a revision of Robert O. Paxton’s classic textbook Europe in the Twentieth Century (5th ed., Cengage, 2010).  My primary role in the revision was to rewrite the chapters on postwar Europe, as well as a few earlier sections connected to the USSR. Themes that emerge more strongly from my chapters than from the first four editions of the book include decolonization, consumption and popular culture, the youth movement, terrorism, the Greens, shifting gender roles, feminism, immigration, race relations, religion and secularization, and the social, cultural, and economic history of Eastern Europe. This project has roots in my teaching position at UO, where I have regularly offered advanced courses on various aspects of twentieth-century European history.

The other project, which I am still working on today, concerns Soviet cultural relations with Africa and Asia.  My first article related to this topic, “Death of an African Student in Moscow: Race, Politics, and the Cold War,” (Cahiers du monde russe, Jan.-June 2006) discusses the challenges of multiculturalism and interracial relations in the USSR in the 1960s through the prism of African students' experiences.  I have continued to write and publish on Soviet universities' accommodation of international students from the Third World, as well as on Soviet organizations involved in international "friendship" and "Afro-Asian solidarity."  I am currently writing a book manuscript under the working title "Friendship House:  Anti-Imperial Solidarity in Soviet Culture, 1955-1985."