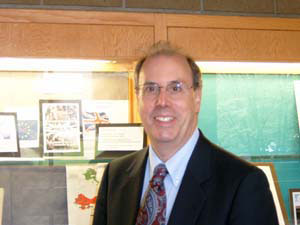 George Sheridan received his doctorate in history and economic history in 1978 from Yale University, where he studied economics along with European intellectual and social history. He is a scholar in the fields of modern French labor history and European economic and social history. His primary area of research is the study of French artisans in the eighteenth and nineteenth centuries, with a focus on the silk weavers of Lyons. His publications on the Lyons weavers include Le Solitaire du ravin: Pierre Charnier (1795-1857), canut lyonnais et prud’homme tisseur (ENS Editions, 2014), co-authored with Ludovic Frobert and La Croix-Rousse des canuts: Déambulations historiques et photographiques (EMCC, 2014). An article in Le Progrès, the daily newspaper of the city of Lyons featuring the publication of the latter work, profiles his career of research on the Lyons weavers. This book provided the core material for a public exhibition at the Archives municipales de Lyon in 2015-16, titled “Un Américain sur les traces des canuts.” His dissertation, The Social and Economic Foundations of Association among the Silk Weavers of Lyon, 1852-1870 (Arno Press, 1981), addresses voluntary associations of artisans (mutual aid societies, cooperatives, proto-union resistance organizations, and recreational/educational clubs), a major theme of his scholarship. His work on French artisans includes artisan autobiography, the artisan press, artisan inventors, and artisan guilds. He has researched nineteenth-century silk-weaving technique in manuals of professors of weaving theory of the period and the history of silk fabrics and fashion. A secondary field of interest is the history of the idea of Europe. He co-edited, with Evlyn Gould, Engaging Europe: Rethinking a Changing Continent (Rowman & Littlefield, 2005), the product of an innovative team-taught, interdisciplinary course on “The Idea of Europe” that he and Professor Gould created in 1993. The course has been taught since then as part of the European Studies Program at the University of Oregon. His teaching in European Studies includes a course on the history of European integration and the European Union.

His current project is the writing of a survey of European economic history from 1700 to the present. He has taught this subject at the University of Oregon since 1976.