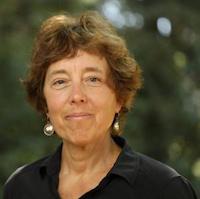 I am a historian of the modern United States with special interests in the human sciences, social engineering, and therapeutic culture. I have served as the Faculty Co-Director of the Wayne Morse Center for Law and Politics since 2016 and was also University of Oregon Vice Provost for Academic Affairs from 2017-20. My books are Kinship by Design: A History of Adoption in the Modern United States (University of Chicago Press, 2008), The Romance of American Psychology: Political Culture in the Age of Experts (University of California Press, 1995), and Psychiatry, Psychology, and Homosexuality (New York: Chelsea House, 1995). My work has been supported by fellowships at Harvard Law School, Radcliffe's Bunting Institute, and the American Council of Learned Societies as well as a major research grant from the Science and Technology Studies Program of the National Science Foundation. I have explored the possibilities of digital public history with The Adoption History Project and The Autism History Project. I participated in a series of historians’ briefs that accompanied many state-level same-sex marriage cases as they made their way through the federal circuit courts after 2010. The brief we submitted in Obergefell v. Hodges was cited in Justice Kennedy’s majority opinion and helped to make marriage equality a national reality in 2015.