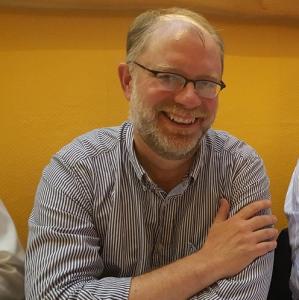 David M. Luebke is a historian of early modern Europe whose work focuses on the religions and political cultures of ordinary people the German-speaking lands. His latest book—Hometown Religion: Regimes of Coexistence in Early Modern Westphalia, 1535-1650—appeared in 2016 with the University of Virginia Press. In 2017, Hometown Religion won the Gerald Strauss Prize for “the best book published in English in the field of German Reformation history.” He is also series editor of Spektrum: Publications of the German Studies Association and series co-editor of Studies in Central European Histories.